Optical Beam Propagation refers to evolution of optical envelopes in space and/or time using a reduced form of Helmholtz equation under slowly varying envelope approximations. While this approach is generally applied in wave-guides and fibers, it is also extremely useful in complex free-space optical systems with various elements including isotropic and anisotropic (uniaxial/biaxial) optical crystals. Closely associated with this technique is multi-dimensional visualization in momentum space, which provides great insight in to optical propagation phenomena.

Split-Step Beam Propagation (SSBP) is a technique to model optical beam propagation problems in the field of nonlinear optics. This approach divides the material in which beam propagates into small steps. Each of the propagation step is split into two regions. The optical filed is Fourier transformed and propagated using the linear part of the propagation equations in the first half and second half of the step separately. Before the linear propagation in the second step, the nonlinear contribution from the entire step is applied at the center. Our codes implement several approaches for SSBP, which mainly differ in the location where the nonlinear step is applied or how the nonlinear part is computed. Nonlinearity lumped in the center of the step is referred to as symmetric SSBP, other approaches use asymmetric have tried second and fourth order Runge-Kutta or implicit schemes. 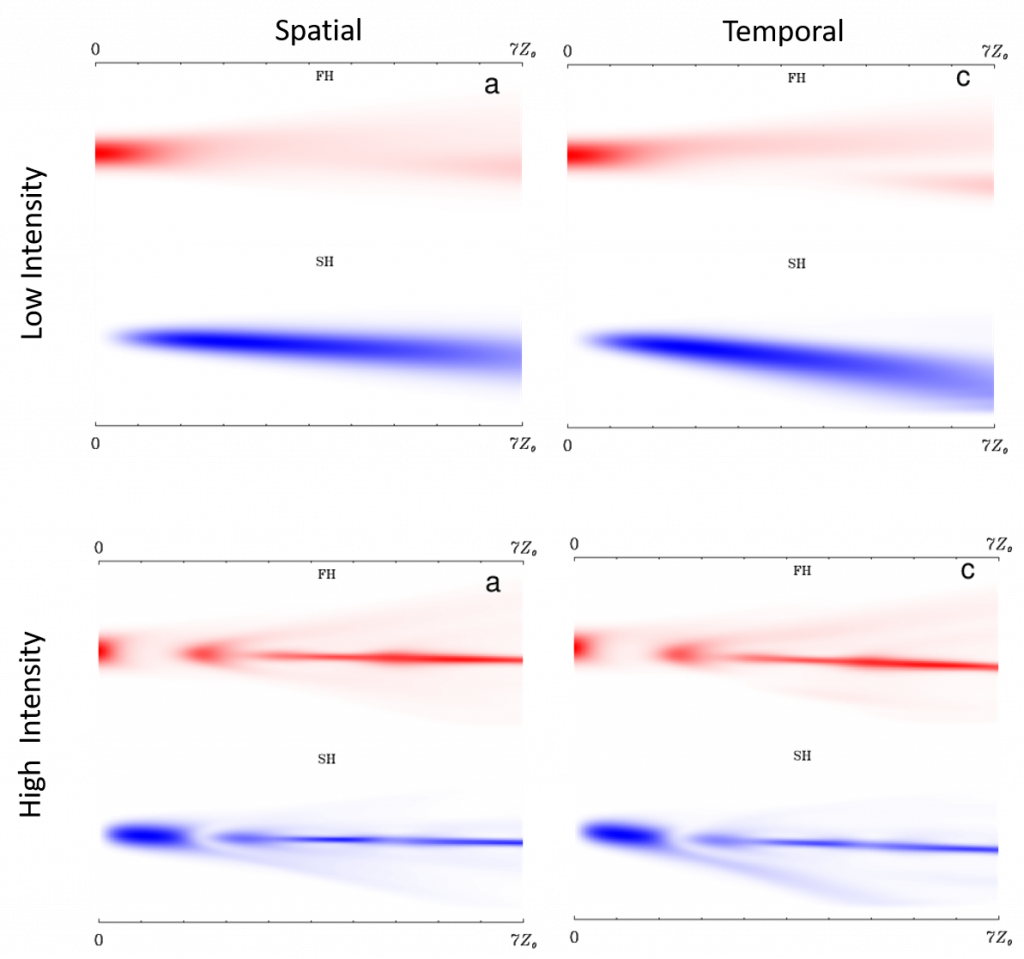